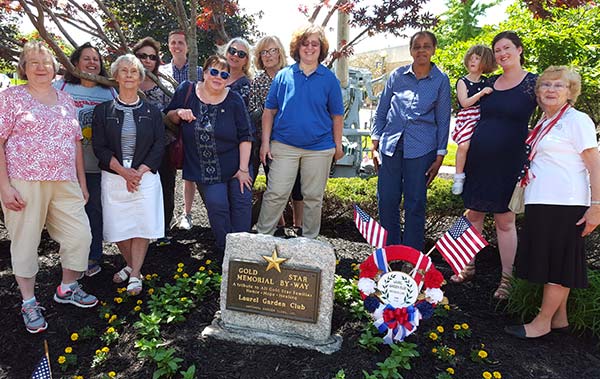 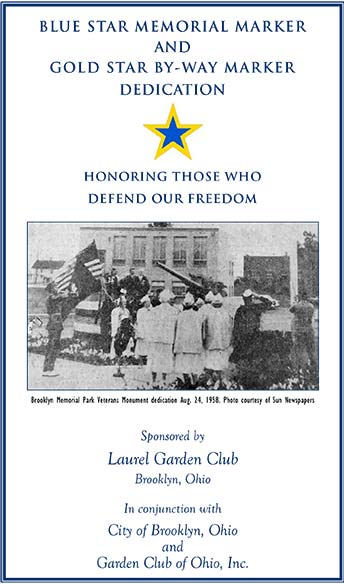 A Brief History of the Blue Star Memorial Marker

The Blue Star Memorial Marker Program was developed by the National Garden Clubs, Inc. in 1945 to pay tribute to the Armed Forces that defended our country during World War II. Based on the original Blue Star flag displayed in family homes, the star became a standard symbol on dedicated Blue Star Highways throughout the United States. The placement of Blue Star Highway Markers was approved by state legislatures in cooperation with State Departments of Transportation. Today the Blue Star Memorial Marker Program has expanded to include many locations including highways, parks, veterans’ facilities, national cemeteries, and historic/civic sites. The markers pay tribute to all the Armed Forces which defend our country, and they are a visible reminder of our love of gardening and our support for the Armed Forces of the USA.

Many people do not know the significance of the Gold Star banner and its meaning. The name Gold Star came from the custom of families of servicemen hanging a banner called a service flag in the window of their homes. The service flag had a star for each family member in the United States Armed Forces. Living servicemen were represented by a Blue Star, and those who had lost their lives were represented by a Gold Star.

Both the Blue Star Marker and the Gold Star By-Way Marker are a fitting tribute for all to see in the Veterans Memorial Park. 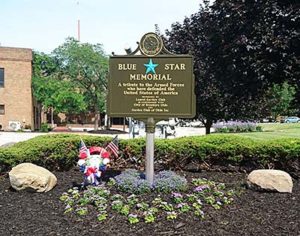 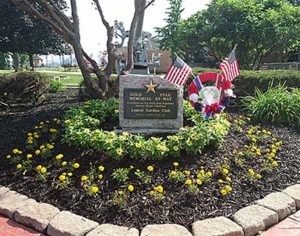